While this article starts a little pessimistically, you’ll find it ends on a more optimistic proposition. Hang on in there and keep reading because you’ll find the article introduces you to very innovative methodology you can use to solve complex and undefined problems, including those that are social and economic in nature. This is Theory U as conceived by Otto Scharmer, the co-founder of the Presencing Institute and a Senior Lecturer at MIT.
What I’ve written here affects my own work profoundly in that it increasingly conditions the way in which BigName applies the principles of Design Thinking to professional innovation.

First of all, here are the pessimistic considerations.

Collectively, we create results that nobody wants.

I learned this from Otto and the words affected me profoundly.
We live in an age characterized by a massive institutional failure: stratospheric levels of public debt, uncertainly over globalization, rising unemployment, falling standards of education, a seemingly endless financial crisis, global warming, a rising tide of refugees, war in Syria, ever increasing levels of poverty, and, last but not least, the constant threat of terrorism. The news has spread: A mere 8 people in the world are as rich as 50% of the world’s overall population.
We are destroying communities, nature, life, and the foundations of health, social, economic and spiritual welfare.

According to Otto, underlying these phenomena is a lack of awareness of the mechanisms generating them.
Moreover, major media and the most prominent experts clearly failed to predict the crises of 2001 and 2008. Then there’s the “strongman” trend. Predominantly male personalities who are taking ever more power globally.

One from this week's @NewYorker. Hello politics, my names Will. pic.twitter.com/5LfNYnOgMA

The approach of establishment media and opinion leaders has been to attack those concerned in attempts to discredit them. However, their behavior has become so absurd as to end up throwing even more fuel on the fire causing it to burn even more intensely.

To explain these forces Otto introduces the social field concept: the structure of relationships between individuals, groups, organizations and systems that form the basis of collective behavior. Otto divides this field into three elements, each of which we’ll look at in more detail after the image: 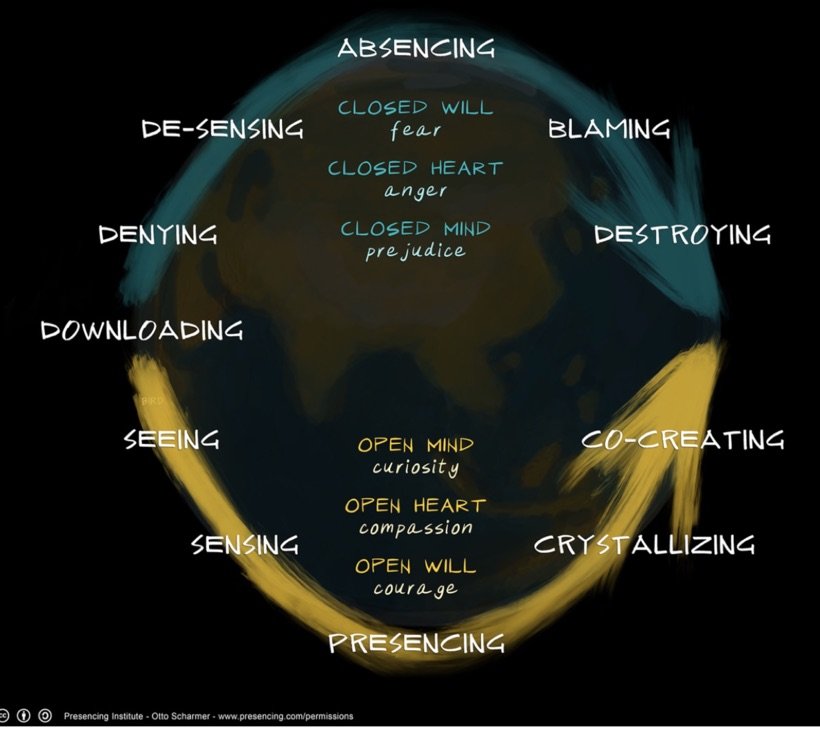 This is the classic way of working whereby we attempt to predict the future from the past. We download preconceived ideas and stereotypes, and listen only to those who think like us, instead of formulating our own critique. This has lead to a kind of “filter-bubble” that imprisons us on Facebook and ties us to same old same old.

The second element is that of Absencing which is a combination of three, negative, attitudes:

The result is a self reinforcing cycle that begins with the negation of external realities and leads towards a disconnection from internal realities consolidating itself in various themes of destruction (of things, of themselves, of others). Facebook and social media have become increasingly good at fuelling this fire. At the end of the US elections, engagement with 20 fake news sites exceeded those of 20 “real news” sites. Curiously, Facebook’s announcement of its intention to develop collaborative systems involving journalists and the media came AFTER the US elections were over. A study by the University of Southern California Information Sciences Institute found that automated bots were responsible for a fifth of Tweets during the US election campaign.

I have to say that I remain constantly appalled by the violence I see and read on Facebook everyday. The once calm individuals I meet a my daughter kindergarten’s rage now ferociously against institutions and other Facebook users over anything and everything. They do this without thinking and without questioning: prejudices and the two other attitudes inevitably win the day.

The same is happening within our work environments. As discontent, disconnection and distorted reasoning grows, managers struggle to let go of the past and see new opportunities. We are wasting a great deal of valuable time over trivialities when we should be considering and dealing with the forthcoming tsunami-like effects on employment that the silent march of technological progress is bringing about. Just think of what is happening within banks as a result of Fintech advancements: tens of thousands of workers will be forced to reinvent their careers.

Real change requires a change in the state of consciousness and the generation of awareness in the third component of the Social Field: Presencing, a neologism derived from the words “presence” (presence) and “sensing” (hear, perceive).

The assumption behind Presencing is that the success of innovation depends on the inner condition that guides us.
This came as a shock to me! I see myself in this state: the consciousness that guides our work has consistently led to the success of our company projects. Certainty and confidence were also vital in ensuring that, sooner or later, we’d come up with a winning idea.
Presencing is a state of consciousness governed by three attitudes that are diametrically opposed to those of Absencing:

Working in unison, these factors give rise to a creative cycle, forming a kind of immersion in U. They help us to abandon the negativity of “downloading” so we can renounce the past. A journey that takes us out of our “filter-bubble” so we can connect to the future awaiting us at the bottom of the U: where new opportunities are linked to the present and nothing stays the same.

As the image suggests, the Presencing journey comprises certain steps. If you wish, you can learn about them in the Theory U section of the Presencing Institute website. But the first step in this journey is to begin thinking systematically: the system has to be made capable of observing itself. This video (which was introduced during the Edx introduction course at u.lab on TheoryU) describes the first time an astronaut turned his camera and showed us the landscape.

In recent years I have directly witnessed how these mechanisms contribute to delivering innovation. The principles of Presencing are explained in more detail here. The good news is that to make a difference ever more “Changemakers” are gathering around the world: tens of thousands of people participated in the last u.lab (see the tweet below). While the voice of Absencing is clear and loud, the Presencing movement voice is quieter but highly determined.

1.Mindfulness: 5-15 minutes a day of intentional stillness. For me the key to this is the calm.com app. I also recommend the app’s Premium version.

And then you do a mindfulness session with 20k others and this is all part of a technology for innovation… #ulab https://t.co/F4bJdqVjYd

2.Join others and create circles that embrace change. Instead of merely chatting, something concrete that can be done is Co-sensing. This is an amazingly productive exercise that I experienced personally during the coaching circle of the last u.lab (the 4.0 MOOC organized by Otto and the Presencing Institute on Ed.x)
I wonder why I see so much in common with Wachowski’s wonderful series:

3. Leave the “filter-bubble”, meet and connect with at least one different person every week. I suggest this to all the university students I tech. A suggestion that often, alas, goes unheeded.

4. Learn more about the method: in April 2017, there will be a new course and the launch of the second edition of the book Theory U: Leading from the Future as It Emerges. If you want to know more about the sociological, political and economic factors that I mentioned at the beginning of this article, I recommend you read Otto’s Huffington Post articles. 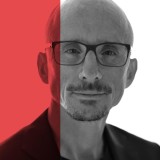 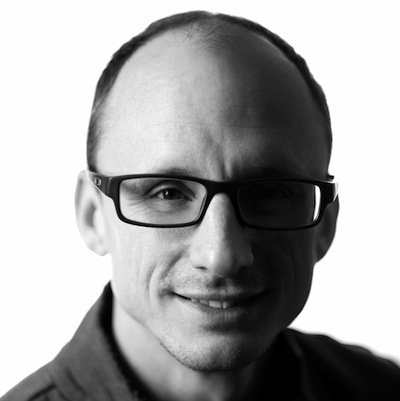 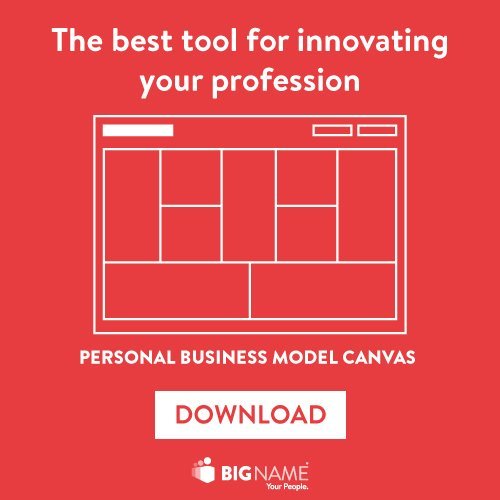 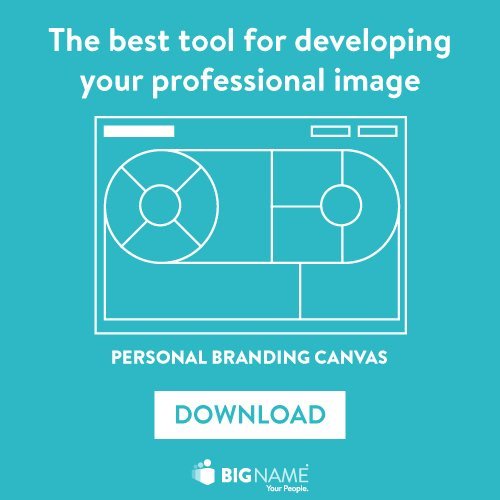